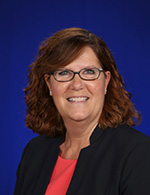 DEB STRAINGE - HEAD OF SCHOOL
Deb Strainge was appointed as Head of School in November 2015. Mrs. Strainge came to St. Mark’s from Tower School in Marblehead, Massachusetts, where she served as a teacher and administrator for 28 years. Before joining St. Mark’s, she served as Assistant Head of School and also served Tower as the Head of the Lower School and a first grade classroom teacher. Mrs. Strainge holds a bachelor’s degree from Fitchburg State College and a Master’s degree from Salem State College. She and her husband, Bryan, are the parents of two grown children: a son, Braden, and a daughter, Hadley. 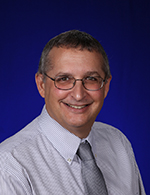 RON MCELHONE - CHIEF FINANCIAL OFFICER
Ron McElhone was appointed Chief Financial Officer in November 2001 after serving for thirteen years in the New Jersey public school system. Mr. McElhone began his career as the Facilities Manager within Flemington-Raritan School District. He later worked in the same capacity at both Burlington and Lumberton Township Public Schools before relocating to Florida. Prior to working in education, he spent nine years in law enforcement. Mr. McElhone earned a Bachelor of Arts degree in Business Management from Eastern University in St. David’s PA, and he holds several certificates in school facilities and safety planning. Mr. McElhone and his wife, Chris, are the parents of two children: a son, Ron, and a daughter, Bethann. 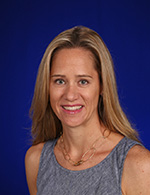 PAGE CASH - HEAD OF LOWER SCHOOL
Page Cash was appointed Head of Lower School in July of 2017 after six years of service to our community. Initially a teacher in our lower school, Ms. Cash also taught honors math and writing in the middle school. St. Mark’s has benefited from Ms. Cash's website content development and the experience she lent to new teachers as a mentor. Prior to coming to St. Mark’s, Ms. Cash taught at independent schools in California and Virginia. Ms. Cash, a native of Philadelphia, earned her undergraduate degree in economics from Princeton University and a master’s degree in education from The University of Virginia. Her children, Ford and Georgia, attend St. Mark’s. 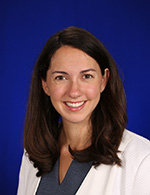 NICOLE ROBISON - HEAD OF MIDDLE SCHOOL
Nicole Robison was appointed Head of Middle School in July of 2016 after serving seven years as a middle school English teacher and Curriculum Coordinator. Prior to coming to St. Mark’s, she taught at both the middle school and high school levels in Pennsylvania. Mrs. Robison earned her undergraduate degrees from La Roche College and a master’s degree from The Pennsylvania State University. She and her husband, Ray, are the parents of one son, Carter, a St. Mark’s student.

CINDY SEXTON - DIRECTOR OF ENROLLMENT
Cindy Sexton was appointed Director of Enrollment in April 2015. Ms. Sexton comes to St. Mark’s with considerable college and independent school experience in recruitment, admission, enrollment, and new student orientation. Entering her 20th year in education, Ms. Sexton spent 10 years in college admissions and new student orientation in Arkansas, Florida, and Georgia prior to entering independent schools. She holds a Master’s in Communication from the University of Arkansas, and she most recently managed enrollment at Holy Spirit Preparatory School in Atlanta, Georgia. Ms. Sexton is the parent of one son, John, a St. Mark's alumni. 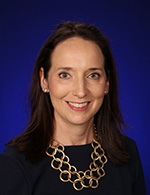 ALISON SAMARIAS - DIRECTOR OF DEVELOPMENT
Alison Samarias was appointed Director of Development in January 2019 after serving on the Vestry and School Advisory Board and as Parents’ Association President at St. Mark’s. Prior to coming to St. Mark’s, Mrs. Samarias practiced law at a major international law firm in Washington, D.C., and for a federal government agency. Mrs. Samarias, a native of Florida, earned her undergraduate degree in Political Science and Japanese Studies from Wellesley College and her juris doctorate from Washington University School of Law. Mrs. Samarias also earned a master’s degree in East Asian Studies from Washington University. Mrs. Samarias and her husband, Joe, are the parents of three children, Isabel and Nathaniel, St. Mark’s alumni, and Elinor, a current St. Mark’s student.